Well, on the verge of completing  post-graduation in Journalism and Mass Communication, in not more than 8 months, the most annoying and unavoidable discussion 'of what I want to do in life', crops up at every family gathering and dinners followed by examples of ‘successful’ cousins and extended relatives. Sometimes I wish I could just fly and land into some unknown place with unknown people around speaking an unknown language’.

Amidst all of this nothing can be more encouraging for anyone at this stage, than, to hear a voice full of confidence saying “it’s okay to be a little confused, curious and restless” from Ms, Shalini Singh, a multiple award-winning journalist, currently working as a Principal Correspondent for The Week, newsweekly in Delhi, in an interactive session at my department (Centre for Journalism and Mass Communication, Visva Bharati), on 23rd September,2016, because that’s what I am - a 22 year stuck in the formal post graduation process. "Life is full of experiments, keep experimenting and learning from your mistakes. Look, listen, travel, observe, question to create," she added.

Ms, Singh shared her experiences of working on  Odisha's beleaguered community standing up to the South Korean ‘Gaint’  POSCO ;  Goa’s  Iron mining sandal and interviews with powerful faces while working with the Tehelka,  Hindustan times,  The Week .While speaking about the Goa sandal, she mentioned of  the hurdles she had to tackle .Irrespective of all,  bringing out a series of  detailed report even though it was not an assigned work, is the ultimate success and self-satisfaction. Hearing her experience gave a realization that always dig into anything that seems fishy. Before joining journalism, she worked with an advertising agency, where she read a lot of books on advertising during her free time, which helped her later on and suggested everyone to read whenever possible. Ms .Sigh also spoke the present state of journalism rather the corporatized media. She herself being a media student as well, in-between taking up questions from the students, she stated the huge difference between the theoretical and the practical scenario in the felid of media and how much important it is to know the judiciary system, specially to work on field.

She responded to all the questions and ideas of post-graduation students, appreciating and cheering each one. After a long time hearing a young voice, gave confidence and surety that being loud or thinking out of the way may not secure a position in the society but it will take a long way ahead. An inquisitive mind is a mind of creativity. 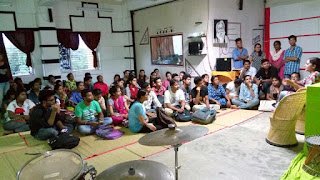 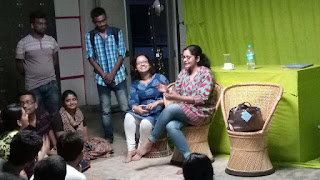 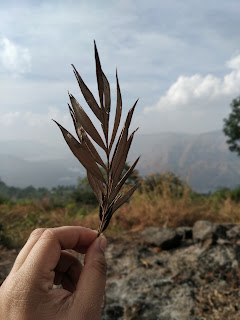 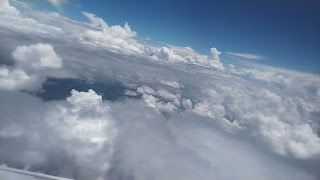